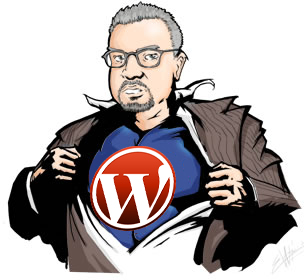 There’s been quite a bit of buzz about the redesign of the WordPress Admin for the 2.5 release due in March, that I can only assume will be code named “Zeldman”.

Although the small improvements with each release have helped, the WordPress Admin has needed some attention for a while now. A couple of years ago the Shuttle Project was supposed to “beautify” the WordPress Admin, but it didn’t seem to produce anything besides mockups. I was never really a fan of the Shuttle Project mockups. The subtle addition of colors were well done, but the designs seemed to add more clutter to the interface with little added benefit to the user. Important elements that used to have all the focus were lost in the design. Overall, the mockups seemed to suffer from a lack usability expertise. If you’re someone who is in the WordPress Admin for hours every day, usability is important to say the least. That’s where Happy Cog comes in.

The work on integrating Happy Cog’s new design began earlier this month and you can already preview the new design, although Matt Mullenweg has said that it’s only the tip of the iceberg. Some people are jumping the gun a bit with early criticism and I would suggest that those people relax and check out the slides from Liz’s presentation. It will put your mind at ease that this project is in good hands and just maybe help you hold your tongue until March.

Happy Cog’s involvement is great news for the development of the WordPress Admin and certainly for anyone who uses it on a daily basis. For those who don’t know, Happy Cog is the company founded by Jeffrey Zeldman, who also co-founded The Web Standards Project and A List Apart. Certainly a credible organization. In fact, the King of Web Standards will be here in Vancouver next week to give the opening keynote at the Web Directions North conference.