Just this week we switched from using Gmail to Help Scout for product support. I was really hesitant to make the switch. Gmail has worked exceptionally well for us throughout the past year.

The only significant reason for us to switch was the growth of the support team. We had only been two people up to this point and we’ve added a third. Sharing a Gmail account between two people is very easy to manage but add a third and I suspect things get a little dicey.

If you’re just starting out with email support, I do recommend using Gmail. Any support system is probably going to be overkill in the early days and will probably just get in your way. So how did we use Gmail and stay organized?

All our email ended up in a single inbox. We had different email addresses but they were just aliases.

We had Gmail filters set up to identify and label incoming messages based on the email alias. For example, some of our licenses come with priority support and those customers send support requests to a specific email address. Anytime we receive one of those emails, it automatically gets labelled “Priority” in yellow.

We did experiment with manually labelling things but it didn’t prove useful enough and we ended up abandoning it. For example, we tried labelling messages with our names as we replied but ultimately didn’t find it very useful. It was enough to tell who had replied by looking at the signature. 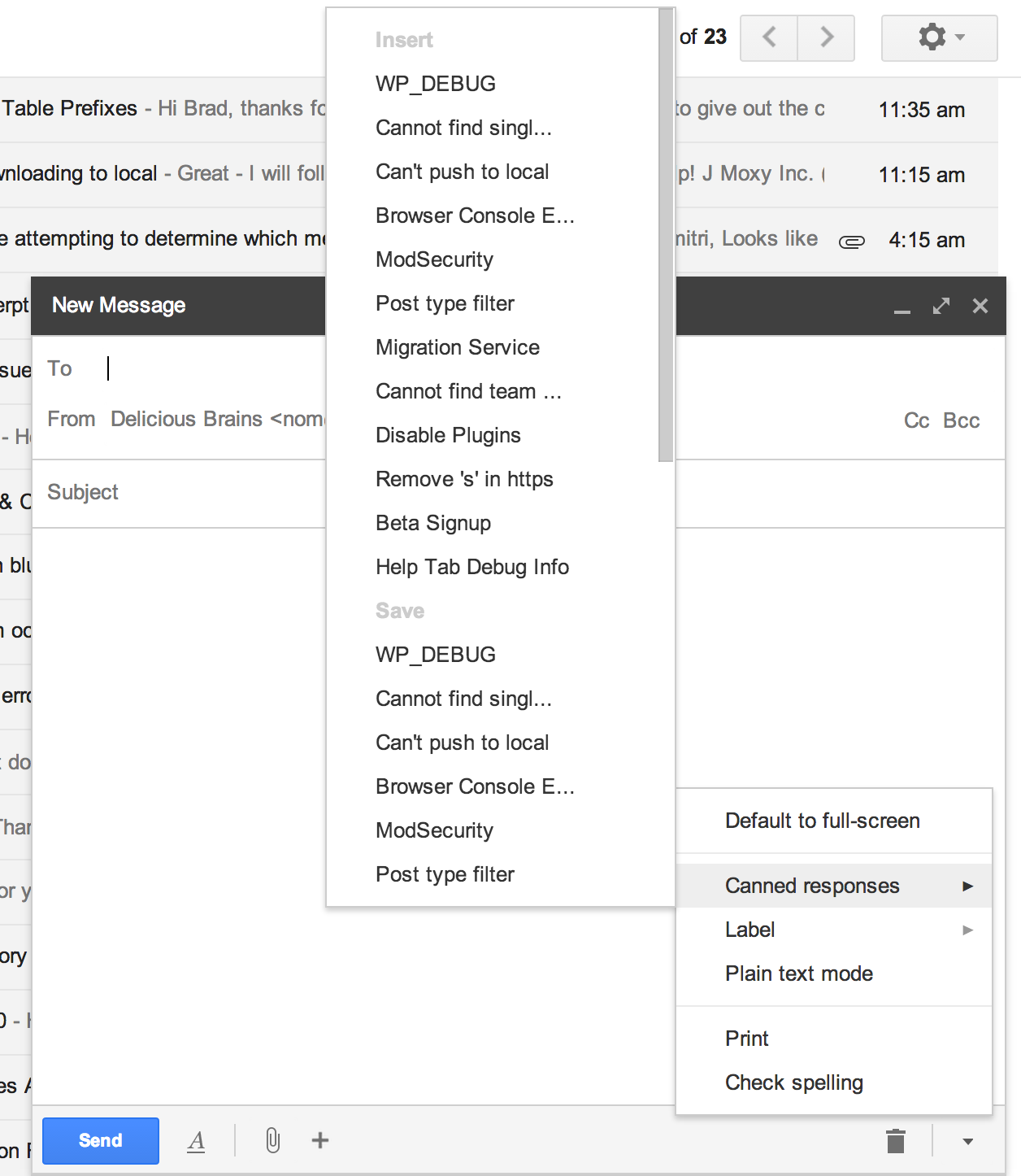 Tucked away in the Labs tab of the Gmail settings is a feature called Canned Responses. We made heavy use of this instead of rewriting the same emails over and over again.

When we would answer an email we would archive it immediately afterward. The request was considered dealt with until we received a reply and it ended up back in the inbox again. This is the same workflow that Help Scout is setup for as well.

And that’s pretty much it. It seems very simple because it is.

Although Help Scout has been pretty good so far and the reporting is nice, I am already missing Gmail’s superior keyboard shortcuts and message threading.