While reading the many year in review posts, I couldn’t help but reflect on my own year and decided it would be worthwhile to spend some time reflecting, digging through my calendar and email, and writing a review myself. I’m amazed at how quickly I forget what was going on even 6 months ago.

Unfortunately 2014 started off with a bit of a bummer. There was a big storm on the East Coast, flights were cancelled, and I wasn’t able to make the tiny conference Brian and I had organized. We have over double the number of attendees this year, so really hoping the weather is ok at the end of this month.

On the up side, I was able to make it to my first MicroConf and my first WordCamp in the US. I also gave a talk in Miami which I thought went pretty well. Both events were electric. I plan to make it back to both this year and look forward to catching up with friends. 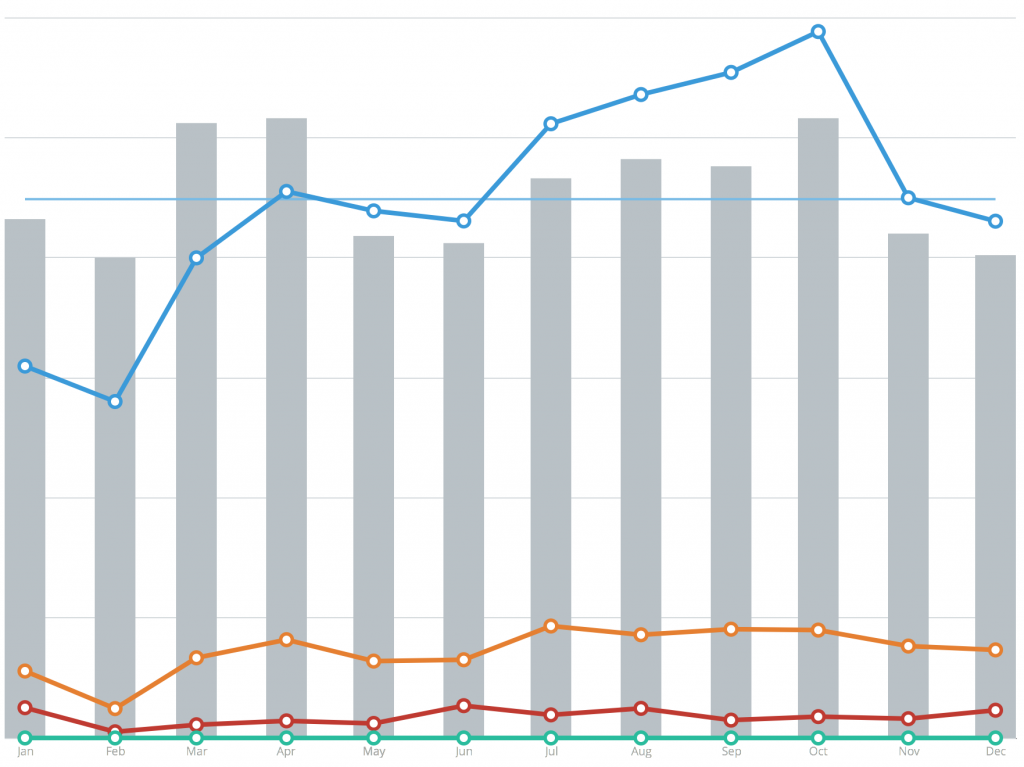 It was really great to see nice healthy growth happening month-over-month. I was hoping to double revenue in 2014, so I was very happy with the numbers. The big dip in November and December was a bit disappointing, but to be expected around the holidays.

As for the product itself, I was very happy with how we pushed WP Migrate DB Pro forward. We pushed out 24 releases of the core plugin and its addons, including a new CLI addon in June. We managed to restructure the pro version to share a codebase with the free version. We had Daniel Bachhuber do a code audit which identified lots of improvements we’re still working through. We setup unit testing, Travis CI, and Scrutinizer.

Another highlight was hiring. It started out rocky, but I feel like we have a good process in place now for bringing on new people. We started half heartedly in April with just a job post on our site. Then we emailed our lists. Then I published an apprenticeship offer on this blog. From June through August we had 5 developers do trials that didn’t work out. Then in September, we were very happy to have Ian accept our offer to go full-time after a smooth trial. And later that month Iain accepted an offer to go full-time as well. A month later Chris left to pursue his own thing, which was a bit disappointing, but on the upside we were still +1 full-time developer on the year.

I feel like I’ve learned a ton about hiring but have still only scratched the surface. The book Who: The A Method for Hiring was very insightful. Probably the most impactful thing I took away from that was that a company should always be in the process of hiring. And so we’re hiring now and always will be going forward. We even have a couple of developers on trial at the moment.

Throughout 2014 I struggled to find a marketing channel that worked. Definitely discovered more channels that didn’t work. BuySellAds, Facebook, and Twitter all performed poorly. By August I had pulled all campaigns and was only running retargeting. I’ve heard similar things from others businesses though, so it makes me feel a bit better.

I also heard others saying content is king throughout 2014. I kept saying I’d publish more screencasts and blog posts but never did. That is probably my biggest regret professionally for the year. I just couldn’t rationalize putting developer time into producing content over writing code.

The good news is that I’ve given my head a shake and already formalized a publishing schedule and guidelines for producing content going forward. We should start publishing an original piece of quality content every week starting at the end of this month. Keep an eye on the Delicious Brains blog. I’m really looking forward to see how it’s received and how it impacts traffic and sales.

I also explored a business idea in 2014 with Jason Schuller. We called it Test Driiive. Similar idea to Ninja Demo, but a SaaS. We hired Daniel Bachhuber to build a prototype. Although those we approached initially liked the idea, they changed their mind after we asked them to implement the prototype. They didn’t like the idea of depending on a 3rd party. We ended up scuttling the project and releasing Daniel’s work. Although it didn’t work out, it was a fun little experiment and learning experience. 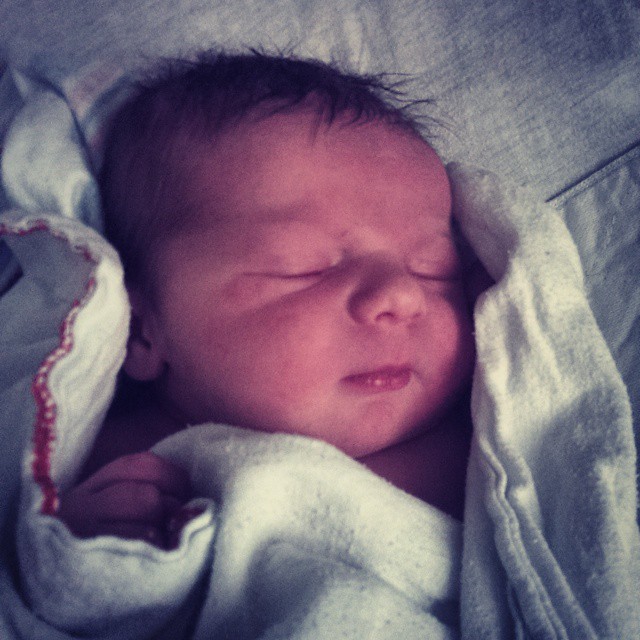 Overall it was a great year personally. The family is happy and healthy, which is the most important thing. The biggest event of the year happened in September. We welcomed a new addition to the family.

Dealing with an infant and a 2.5 year old at the same time has been a challenge. When it was just one, my wife and I could hand off while the other takes a breather or gets some work done. No longer possible with two. No more getting a few hours work done on Saturdays and Sundays. Not a big deal, but an adjustment for sure. 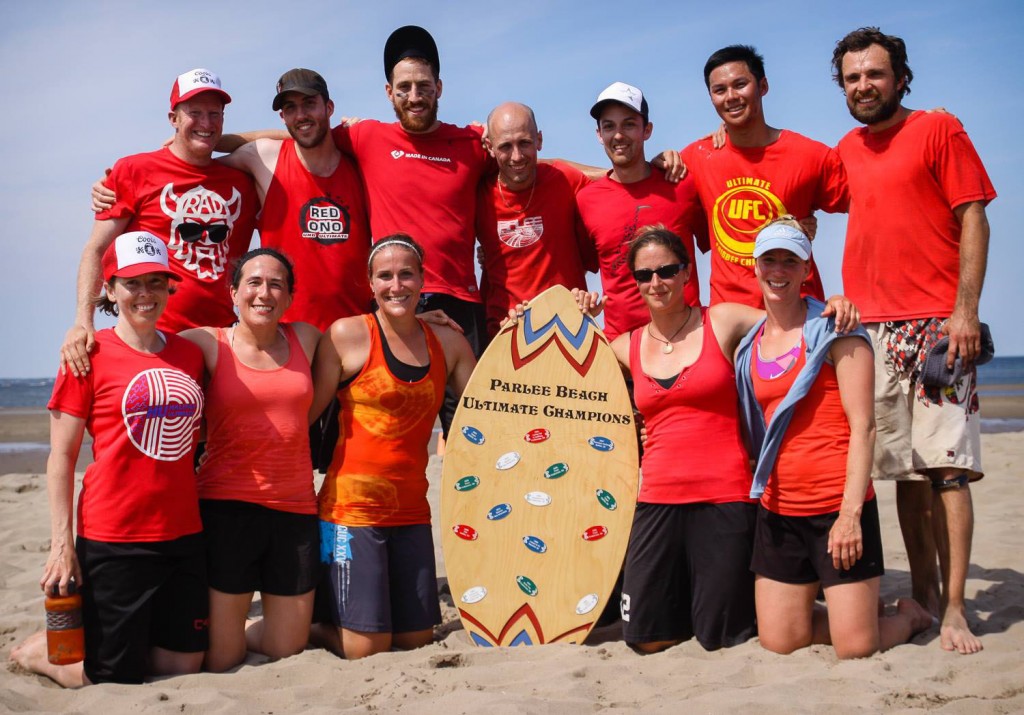 To stay healthy I continued to tweak a short but intense workout routine and ran it most weekdays. I also played hockey and ultimate frisbee quite a bit throughout the year. In March, I helped my rec league hockey team win the league championships and helped my beach ultimate team take home the championship at Parlee Beach. My first tournament wins ever.

In June, we finally sold our home and moved 40 mins to the town where my wife works and my son is in daycare. I can’t express how awesome it is to be in a town again. No more getting on a highway to go anywhere. Every time I get on the bike I feel very fortunate. I’ve also joined the tennis club and started hitting balls for the first time in over 5 years. Pretty rough at first, but it’s coming back.

Feels really great to be renting again. We managed to get an awesome 4 bedroom home in a great neighbourhood. The fenced-in backyard is amazing for the kids. We had owned a big century farmhouse, so there was always a constant nagging of things to do. With both my wife and I having careers and raising kids, upkeep issues were a pain. Moving has been a huge weight off our shoulders and simplified our life a lot.

I’m not a fan of setting hard and fast goals. Increase metric X by Y and all that.

Sure they’re measurable, but I find it sucks the fun out of things for me. “Read 50 books in 2015.” No thanks. I currently enjoy reading and forcing myself to read just so I can check a box would ruin it. And where did 50 come from? I’ll give you a hint: I was standing up.