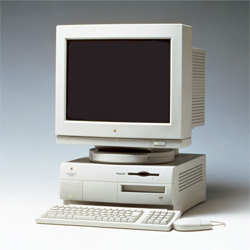 When I was out looking for a job last December, I met with quite a few recruiting firms here in town. I was rather surprised that none of them were interested in anything I did prior to obtaining my Computer Science degree. They were only interested in hearing about jobs that I had after graduating from University. One recruiter called it “professional” experience, which implies that I was accumulating experience by doing web development without a degree, just not “professional” experience.

I’ve brought up the word “professional” before and the confusion surrounding it.  First, let’s put things into context here.  The web is young! Even web standards expert Jeffrey Zeldman has only been working on the web since the mid 90s.  Back then the web was a big mess.  No one really talked about standards and there was little to no defined processes.  “HTML authors” were just pumping out web sites however they could manage with the limited tools and guidelines at their disposal.  Anyone who worked on the web in the mid 90s or earlier could certainly be considered a pioneer.  Times were tough.

I started building web sites a bit later.  It was 1997, I was in grade 9, and my teacher had organized a series of field trips to a neighboring school (that actually had a computer lab) to teach us HTML.  At first, I kept tweaking and rebuilding the home page I had started at school.  Notepad was my tool of choice and Geocities my web host.  In no time, I was creating graphics in Paint Shop Pro 4 and building more complex web sites.  In 1998, I learned about MP3s and developed a web site called The MuchMusik MP3 Countdown.  The site featured the top 30 songs from the MuchMusic Countdown in downloadable MP3 format.  The site was quite popular and I managed to make my first dollars online all the while dodging the RIAA‘s anti-piracy efforts.

Curious how web forms worked, that same year I got my first taste of programming dissecting Perl scripts from CGI Resources and Matt’s Script Archive.  By 1999, in addition to maintaining my MP3 web sites, I had landed my first contract job building a site for the local marina, designed and coded a music greeting card web site in Perl, and setup a company web site for my consulting services.

In 2000, I redesigned my company web site, built a url shortening service, taught myself PHP 3 by developing a Simpsons Trivia web site, recoded my greeting card web site in PHP, and left the MP3 scene.  In addition, I was contracted to develop my high school’s web site, then contracted by a teacher to develop her NSTU presidential campaign web site.  This was my first experience with Macromedia Flash 4.

In 2001, in University now, I joined the co-op program and landed an excellent job with SmartForce, learning ASP Classic and working with the learning management system development team.  I was told I was hired largely due to my previous web development experience.  Inspired by the ASP TreeView component used by SmartForce, I developed a PHP TreeView component, marketed it, and sold over a dozen licenses.  The same year, I also managed to design and develop a PHP/MySQL powered online community site for my student residence that is still in active use today.  Also in 2001, I developed a blogging system for a friend and a matchmaking site which included an early attempt at creating a social network.

In 2002, I was introduced to Pierre Grandmaison and both having similar entrepreneurial backgrounds, we started a web hosting company.  I built the web site, the billing and invoicing system, and the web hosting control panel.  Over the next few years, I finished up my degree, did a total of six co-op work terms with  various reputable organizations, started this blog, and with Pierre’s help, continued to build our web hosting company.

Now, how in the hell can someone dismiss all of that? Outrageous!  I argued with several recruiters, that my work prior and during University was very much relevant experience.  I’ve been building web sites for actual customers since 1998. The customers were happy and I received recurring business as a result. I don’t see how the fact that I didn’t have a University degree affects the legitimacy of most of my work experience.

In 2005, now with my shiny new CS degree, I applied for a job at a local company and received a reply e-mail stating they were looking for “a more senior candidate” for the position.  Considering my experience in web development is nearly as senior as it gets, they were either looking for someone with management experience but didn’t mention it, or maybe the recruiters are right; a single line on my resume does render the two pages of work experience irrelevant: “Computer Science, University of New Brunswick, 2000-2005.”