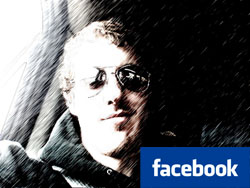 It’s almost been a full thirty days since I last posted and I’m blaming it entirely on Facebook. I’ve been posting and tagging photos, updating my status, messaging friends, and just wasting countless hours. As a Facebook user, I enjoy the ease-of-use, visibility, and the social interaction. As a web developer and entrepreneur, I’m fascinated how the Facebook development team is adding relatively new web concepts which are being embraced by Facebook users.

They’ve made it painfully easy to add photos and tag your friends in them. Much like Flickr. They’ve made broadcasting your Status (what you’re doing right now) to friends front-and-center and enable you to update your status through SMS. Much like Twitter. They’ve simplified blogging into Notes and people who don’t have a blog are publishing Notes. People who have a blog are importing their blog through RSS.

I am not a Flickr or Twitter user. Why? Because almost none of my friends use them. Why? I’m guessing because they don’t know about them.

And if you’re thinking, “Bah! Facebook is crap because it’s not public, you have to be a member to see anything. It’s for kids and losers.” Think again. Then check out developers.facebook.com.

Anyways, the bottom line is that I never used to see the photos my friends took with their cameras. Now I can. Yay Facebook!